U Mumba which was the first-ever fortress of the Pro Kabaddi League is still in search of its second title. The Maharashtrian outfit which featured in the first three finals of PKL now stands nowhere near in the title contention picture. Hence, ‘Parimatch News’ brings in-depth analysis of the U Mumba squad for the Pro Kabaddi Season 9.

The second-edition champions finished 10th in the league stage standings of the previous season after fetching only 55 points from 22 games. The orange outfit which qualified for the knockout round five out of seven times before the previous campaign went on to register its lowest game-points tally since the expansion.

The playoffs qualification of Mumbai seemed possible at one stage however, the skipper Fazel and the boys went on to lose all of their final four league games and got knocked out of the competition.

The horrendous performance in Season 8 led the higher authorities to sack the gaffer Subramanian Rajaguru who failed to impress much in his maiden coaching stint. Despite looking elsewhere for the head coach position, Mumba handed over a promotion to Anil Chaprana who previously served as an offensive coach. It will be very interesting to see if the budding Services gaffer will be able to become the savior of U Mumba or not.

U Mumba has placed a huge bet on Guman

Guman Singh is the chosen one to continue forward the legacy of great raiders such as Anup Kumar, Shabeer Babu, Rishank Devadiga, Rakesh Kumar, Siddharth Desai etc who have donned the role of U Mumba strike raiders in the past. The second edition champions paid a record price of 1.215 crores to acquire the services of the 23-year-old Chandigarh-based raider. Guman had a breakthrough campaign in the previous season scoring 95 raid points in 19 appearances and will be seen in a leadership role at the Maharashtrian capital-based franchise.

Another youngster who will be seen in a prominent role at U Muma is Ashish Narwal who played for his home team Haryana Steelers in the previous Pro Kabaddi edition. Guman and Ashish will be replacing the dashing duo of Abhishek Singh and V Ajith Kumar who were leading the Mumba offensive line previously. After making his PKL debut with Patna Pirates in Season 7, Ashish went to join the Steelers and impressed the Kabaddi universe with his raw potential and in-depth skills.

The battle for U Mumba’s third raider position will be a competitive one as there are multiple strong contenders to acquire the role. The presence of raiders like Shivam Thakur, Kamlesh, Rahul Rawal, Pranay Rane, Jaibhagwan Choudhary, and Sachin Bidhan provides more depth to this young and dynamic raiding unit.

The energetic both-sided raider Jaibhagwan caught the eyes of Mumba scouts when he clinched gold with Kota University at the 2022 Khelo India University Games and also participated in Yuva Kabaddi Series for Aravalli Arrows.

The corner-defender Rinku Sharma was the only player from the ERP auction category who was retained ahead of the Pro Kabaddi Season 9s. Rinku was the highest-scoring defender for the Orange outfit in the previous season with 60 tackle points from 22 appearances and such heroics in his debut season forced the franchise to retain him. National Silver medal-winning Maharashtrian defender Kiran Magar will be donning the left corner position which earlier belonged to the former captain Fazel Atrachali.

It is the return of the rampant defender Surinder Singh who is back with Mumba after spending a season away from home at Telugu Titans. Surinder is expected to pair up with another product of U Mumba talent factory, Harendra Kumar who has been bought back through an FBM card. When Harendra broke into the PKL stage, he formed a cover-defense partnership with ‘Paaji’ and contributed 76 tackle points together. 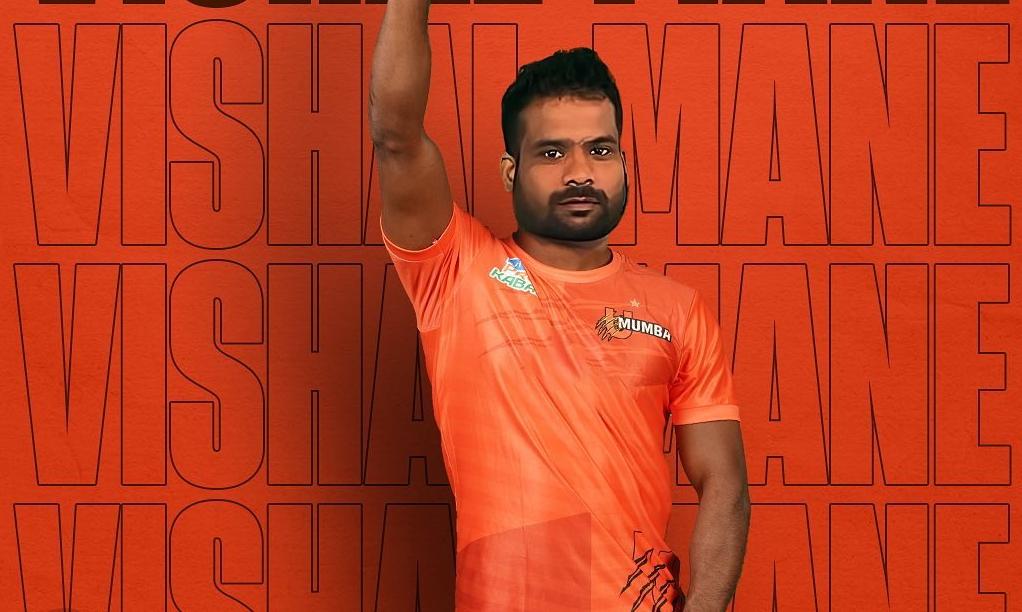 Mumba management came up with a last-moment decision which brought a wave of excitement among the supporters of the club. The club legend Vishal Mane will be playing for his home franchise after them in the fourth season leaving. The veteran right-cover defender was part of the Mumba roster which featured in three consecutive finals of the first three Pro Kabaddi editions and also a prime contender for the captain’s armband.

The defensive NYP all-rounder Rahul Rawal surprisingly emerged as the third highest-scoring defender for the Mumbaikars last time. He is a favorable versatile defender who can adapt to any defensive role according to circumstances and can be seen doing the same this season too.

U Mumba is renowned for accommodating Iranian players to facilitate their foreign department. They were also the first Pro Kabaddi franchise to have a foreign coach in-charge of their first team. The Iranian Sultan Fazel Atrachali and the versatile all-rounder Mohsen Maghsoudlou were part of the roster in Season 8 however, both of them have been replaced by their fellow countrymen.

Gholamabbas Korouki who has a big reputation in the international circuit is going to be the part of World’s grandest Kabaddi league for the first time. The veteran raiding all-rounder is a regular member of the Iranian national team ever since their Silver medal triumph at the 2014 Incheon Asian Games. He brings the flair of international experience to this young roster which does not have many renowned names.

Another raider coming from the ranks of Iranian Kabaddi who will be seen in U Mumba colors this season is a young name Heidarali Ekrami. The 20-year-old right-sided raider was the offensive option of the Iran side during the inaugural edition of the Junior Kabaddi World Cup at Kish Island. Ekrami hails from Gorgan city where his potential was discovered by the coach Javad Moosavi in ​​the companionship of the other PKL stars like Fazel Atrachali and Amirhossein Bastami.

U Mumba did a fine job in the NYP department whether it was the promotion of the new batch or the retention of the earlier one. Four NYP starlets Rahul Rawal, Shivam Thakur, Prince and Kamlesh have been retained by the franchise for showing promising performance in the previous campaign.

Abhishek may have left U Mumba to pursue his career with the Titans, however, his cousin Shivam Thakur is still there to represent the Thakur clan of UP Kabaddi. Meanwhile, the Services all-rounder and younger brother of Nitin Rawal, Rahul is considered the next big thing for the Maharashtrian outfit.

The latest batch of NYP category features the names of raiders Pranay Rane, Sachin Bidhan, Rupesh and the right-cover defender Shivansh Thakur. The 21-year-old raider Pranay who adds the flavor local to this Mumbai side is the young player to watch out for the upcoming season. The towering raider Sachin Bidhan is the product Sports Authority of India and has trained at Gandhinagar center for the last three years.